The last meeting of the URBAN Intergroup  was dedicated to the presentation of the State of play of World Cities by Ronald Hall, Principal Advisor, Manager of the Northern Ireland Task Force, International Relations, DG REGIO, European Commission.

The last meeting of the URBAN Intergroup was dedicated to the presentation of smart cities in Europe by Eddy Hartog, Head of Unit Smart Mobility and Living from DG CONNECT, European Commission.

“A smart city is a city seeking to address public issues via ICT-based solutions on the basis of a multi-stakeholder, municipality-based partnership.” This concept of smart city was  recalled by Mr Hartog at the beginning of the meeting. Moreover, different EU pillars on smart cities such as the Urban Agenda for the EU and the European Innovation Partnership (EIP) on Smart Cities and Communities were mentioned. Among the different EU sources for funding smart cities’ solutions are the European Regional Development Fund and Horizon 2020 research and innovation programme.

Participants of the meeting got a clear view how different DGs of the European Commission deal with different initiatives in smart cities. Furthermore, part of the discussion focused on urban platforms as architectural solutions aimed to integrated different technological aspects of smart cities. It has been stressed that unfortunately there is a lack of compatibility between different platforms in different cities. The issues of open standards and connectivity were discussed as well in this context.

END_OF_DOCUMENT_TOKEN_TO_BE_REPLACED

During the last meeting, which took place at the European Parliament in Strasbourg on Thursday January 19th, members and partners of the URBAN Intergroup had the possibility to learn more about Eurostat’s publication “Urban Europe – statistics on cities, towns and suburbs”.

During their in-depth presentation, Gunter Schafer, Head of Unit, and Teodóra Brandmüller, Statistical Officer from Eurostat, underlined that this flagship publication on cities is not a “regular” Eurostat’s publication. The policy relevance of having statistics on cities linked to the growing attention given to EU Urban Agenda reinforces the role of this report to enable policy makers to take appropriate policy choices on urban areas in Europe.

Eurostat’s statistics presented in the report cover about 900 cities and towns in Europe, based on 70 indicators on demography, social and economical aspects, environment, travel, transport and culture. However, data collection on cities is made on a voluntary basis (there is no legal basis for data collection or methodological details).

END_OF_DOCUMENT_TOKEN_TO_BE_REPLACED

Last Tuesday, an extraordinary meeting of the URBAN Intergroup took place at the European Parliament in Brussels to discuss the state of play of the Urban Innovative Actions (UIA). Jan Olbrycht, President of the URBAN Intergroup, opened this extraordinary meeting by reminding participants the origins of this initiative during the preparation of the European Regional Development Fund regulation for 2014-2020. Jean Pierre Legrand, Project Director from the Hauts-de-France region – an “Entrusted Entity” to directly manage the UIA Initiative – underlined long experience of this French Region in management of different European programmes.He explained how the European Commission in partnership with the region lead this initiative granted of €372 Mln.

Judith Torokne Rozsa, Head of Urban Unit at the European Commission, thanked the Hauts-de-France region and the UIA Secretariat based in Lille for an excellent cooperation with the EU executive. She stressed that it is still too early to see if big expectations regarding the UIA are met. Moreover, she pointed out that after the first UIA call, some problems with geographical coverage of the initiative can be seen.

END_OF_DOCUMENT_TOKEN_TO_BE_REPLACED 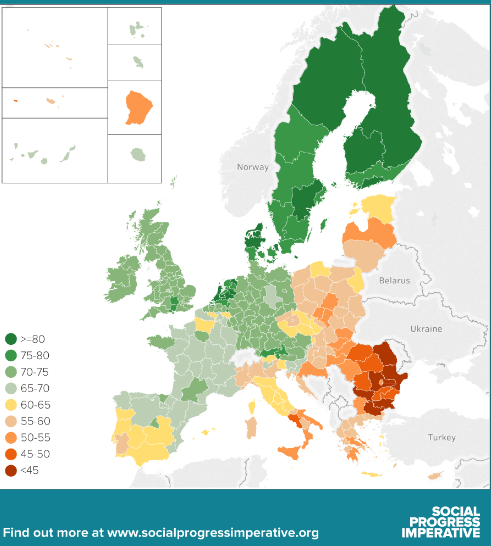