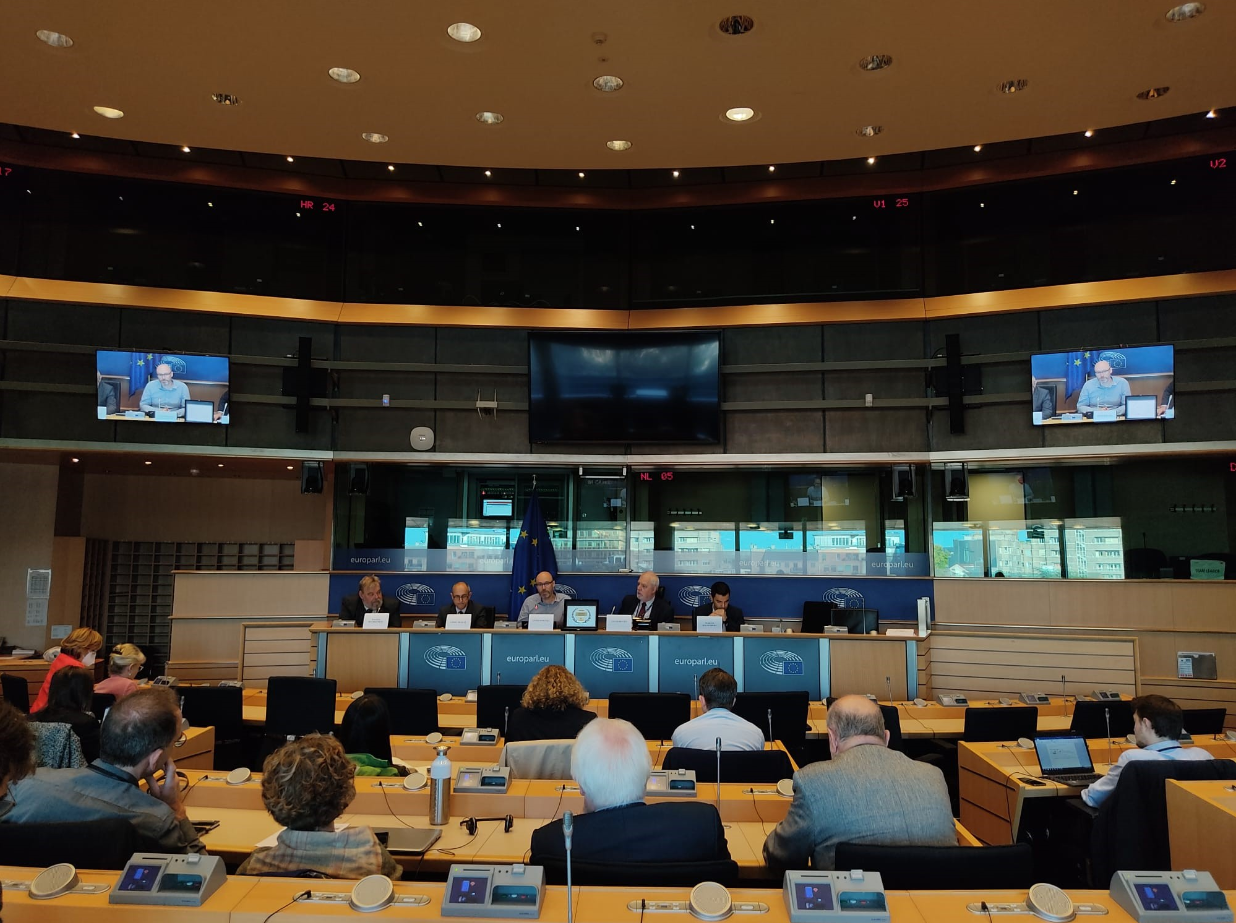 The latest event of the URBAN Intergroup on 26 October was dedicated to creating a platform for the EU Institutions to discuss how our cooperation with the UN in the field of sustainable urban development can be fostered: in the spirit of the Joint Communication to the European Parliament and the Council on strengthening the EU’s contribution to rules-based multilateralism of 2021; the conclusions of the recent EU-UN High Level retreat in July 2022, and the EU Statement and commitments at the High-Level Meeting at UN General Assembly in April 2022.

The occasion for the meeting was also to celebrate UN-Habitat’s 2022 award of the Scroll of Honour – the most prestigious UN award for achievements in promoting sustainable urban development – to the URBAN Intergroup “For being effective in enabling European legislation, policies, and financing for sustainable urban development in cities and human settlements which can provide inspiration for parliaments and parliamentary assemblies in other regions of the world”.

Andreas Schieder MEP, Vice-President of URBAN Intergroup stressed that the topic of the meeting is currently aligned with what is discussed globally ex. how to implement the green deal, how to address climate and social challenges. “Cities and urban areas are the fields where improvement could be done and has to be done”. 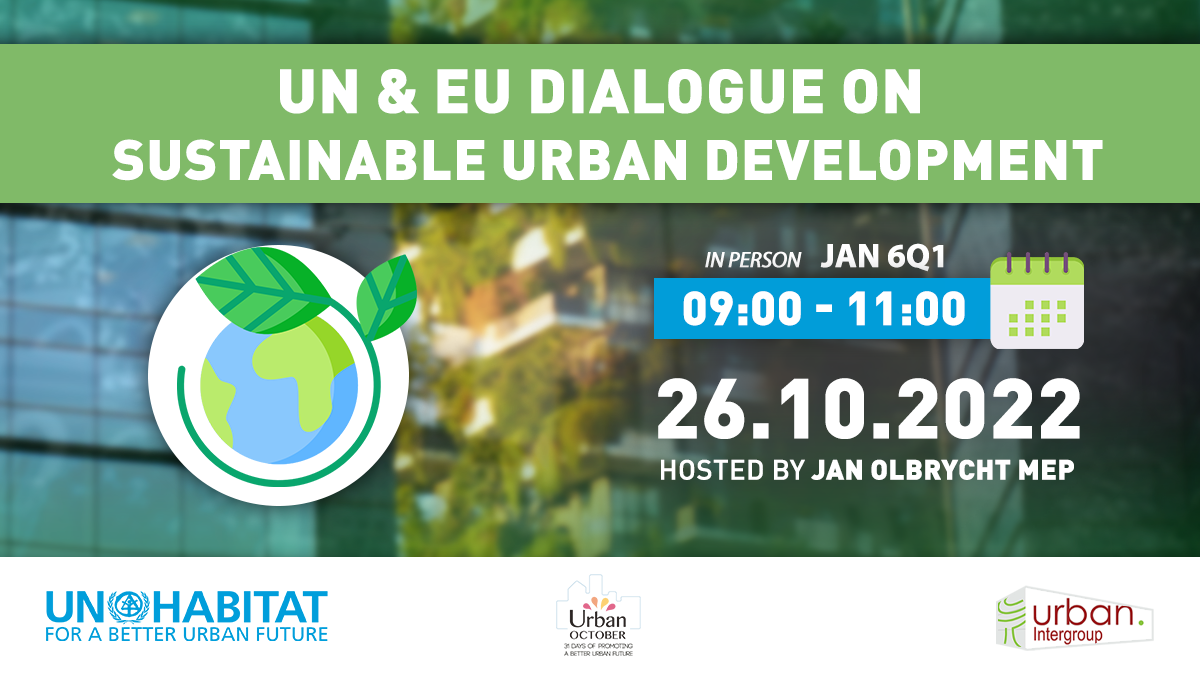 Camila Brückner, Representative of the UN to EU, set the stage on the UN and EU alignment of strategic and operational priorities. She introduced the Urban October, she underlined the importance of Joint Communication of the European Commission and EEAS to the European Parliament and the Council on strengthening the EU’s contribution to rules-based multilateralism and its drive towards alignment with the UN, referred to UN and EU High-Level Retreat, High-Level Meeting at UN General Assembly to assess progress of the implementation of the New Urban Agenda (NUA). She emphasised that NUA is a Multi-Level Governance and territorial dimension of Agenda 2030 and accelerator of attaining SDGs.

END_OF_DOCUMENT_TOKEN_TO_BE_REPLACED

Multilevel Governance for the Co-production of Urban Security 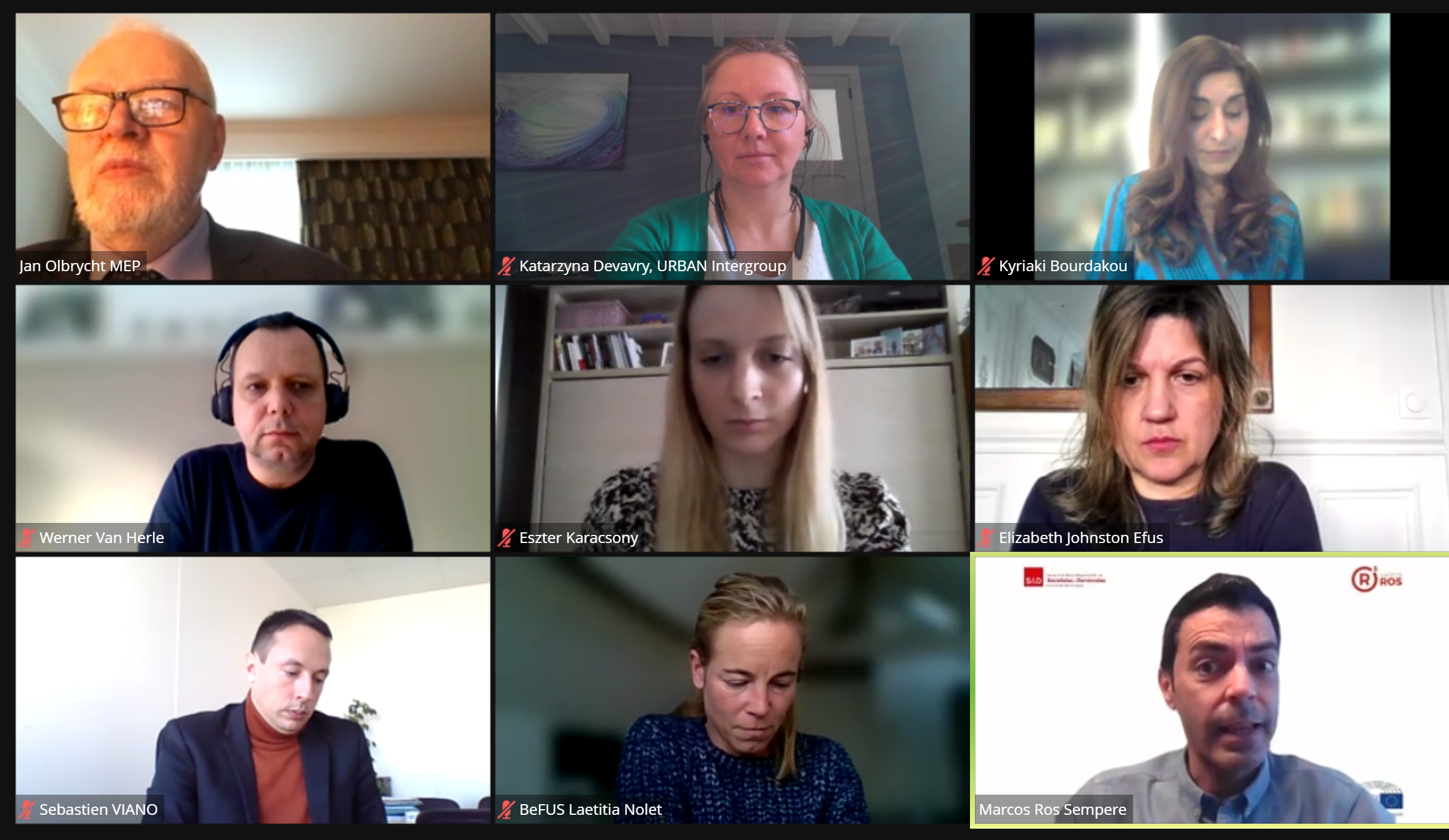 Multilevel Governance for the Co-production of Urban Security was the topic of the latest online event co-organised by the URBAN Intergroup and the European Forum for Urban Security (Efus) on 11 February. Jan Olbrycht, President of the Intergroup, led the discussions.

Brigitte De Deyne, International relations officer for the City of Liège, who represented Willy Demeyer Efus’ President and the Mayor of Liège, started the event with an introduction on Efus’ work – based on regular exchanges with its more than 250 member local and regional authorities from 17 EU Member States – and objectives that nourished the activities of the European Forum for Urban Security’s Security, Democracy and Cities international conference held in Nice on 20-22 October 2021. She presented Efus’ Security, Democracy and Cities Declaration, adopted during the closing session of the above-mentioned conference, which underlines the central role of cities in designing and implementing transversal security policies with mayors as one of the central figures. Moreover, signatories of the Declaration called for investing in prevention, mobilising the most adequate and agile tools and partnerships for co-production of urban security. Multilevel governance between different actors was stressed in the document with the role for the URBAN Intergroup as a key partner. Ms De Deyne called for the support of the Member of the European Parliament to implement the Declaration’s actions.

Elizabeth Johnston, Executive Director of Efus, further specified Efus’ actions and initiatives. She underlined that the definition of security constantly evolves. That is why Efus promotes a holistic approach to urban security, which involves all local actors and citizens in the co-production of policies. It considers security as a fundamental right of all people. She also expressed that both the URBAN Intergroup and Efus would share a joint interest on the topics of environment, urban transport, housing, security of senior citizens/ageing and social issues, which can be a good basis for further cooperation between the local-regional and EU level. Elizabeth Johnston also highlighted the need and utility to jointly identify tools for EU support allowing for the implementation of actions of joint interest.

Sebastian Viano, Director Europe, Euro-Mediterranean relations & External Funding at Nice Côte d’Azur metropolitan area, together with Werner Van Herle, Head of the Prevention and Security Department, City of Mechelen, presented the Partnership on Security in Public Spaces of the Urban Agenda for the EU (UAEU). This partnership was set up in 2019 as one of the 14 thematic Partnerships of the UAEU. It is co-led by Efus, the City of Nice and the City of Madrid. They explained potential benefits that would come from partnerships that can involve local and regional authorities of all sizes.. The key areas presented during the event involved the reinforcement of social cohesion, the elaboration of agile training tools for local security actors and the safety of women in public spaces.

END_OF_DOCUMENT_TOKEN_TO_BE_REPLACED

Podcast series on ensuring the security of public spaces