Urban Agenda for the EU Partnerships in the spotlight – online event

The Dutch Ministry of the Interior and Kingdom Relations and the European Urban Knowledge Network (EUKN) EGTC in cooperation with the URBAN Intergroup organised the online event “Urban Agenda for the EU Partnerships in the spotlight” on 13 October 2020.

The key objective of this seminar was to promote among a broader audience the achievements of the Partnerships working within the URBAN Agenda.

Jan Olbrycht, as President of the URBAN Intergroup, recalled in his welcome speech the origins of the Pact of Amsterdam and the idea of the Urban Agenda for the EU. The URBAN Intergroup strongly supported the Urban Agenda and managed to get €2.5 million for the work of its Secretariat. Moreover, he underlined how the working method of partnerships was and is still very innovative by gathering at the same table partners from the different levels of governance. At the end of his reflection, he warned the audience that the achievements of the partnerships should be constantly monitored and transferred into different policy fields in order not to waste the all energy and the work accomplished by the members of the partnerships.  The broad reflection is therefore needed to see how to successfully transfer the Urban Agenda for the EU to the next phase starting from 2021 with the European Urban Initiative, as a broader concept.

Throughout the panel discussion, representatives of the Partnerships and stakeholders have exchanged their ideas, especially on how to achieve better regulation, how to develop actions for the European Green Deal and, finally, how to continue the multi-level Partnership approach in the future.

Fabienne Keller, Vice-president of the URBAN Intergroup, and former mayor of Strasbourg underlined during the discussion the aspect of the better regulation and the necessity to change the paradigm, from a vertical approach to a more transversal approach. The respect of different competences and the added value of the multilevel governance have been mentioned as well.

The event was an official side event of the 2020 European Week of Regions and Cities (EWRC).

The recording of the event can be watched on YouTube.

Jan Olbrycht is pleased to invite you to the X International urban conference “City 2016. City management” which will take place in Katowice, Poland, on November 14th-15th. This year, Belinda Tato, Spanish architect from Ecosistema Urbano, will give the keynote speech “Dream your city” on social urban design. 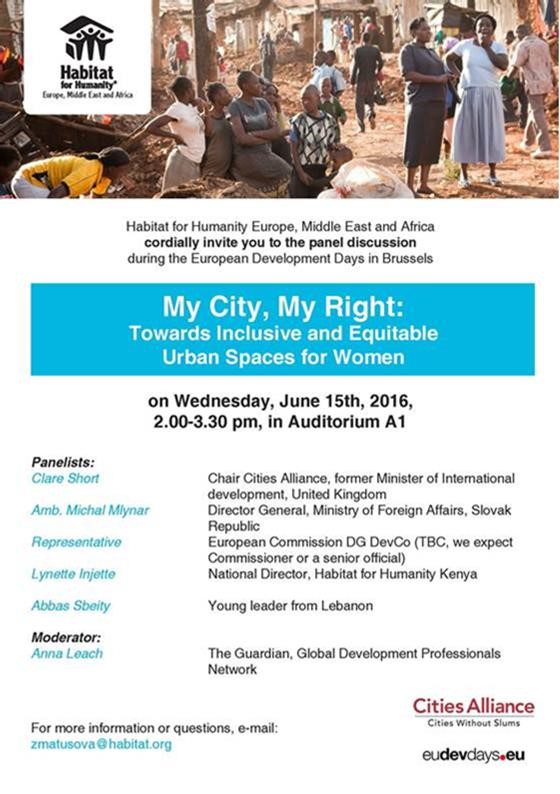