New website of the Urban Agenda for the EU!

The Urban Agenda for the EU moves on with a new dedicated website!

·         All stakeholders are invited to register and participate

·         All stakeholders are invited to subscribe to the newsletter

The Urban Agenda for the EU is an integrated and coordinated approach to deal with the urban dimension of EU and national policies and legislation. By focusing on concrete priority themes within dedicated Partnerships, the Urban Agenda seeks to improve the quality of life in urban areas.

The new website will enable users to be informed on the Urban Agenda and to actively contribute and participate in discussions. It allows debate, exchange and consultations on the future policies and priorities with an urban dimension. News, events, consultations and key documents will regularly made available here. To be able to contribute actively and to receive newsletters you need to register.

END_OF_DOCUMENT_TOKEN_TO_BE_REPLACED

Long-term investments: Barriers and opportunities for regions and cities 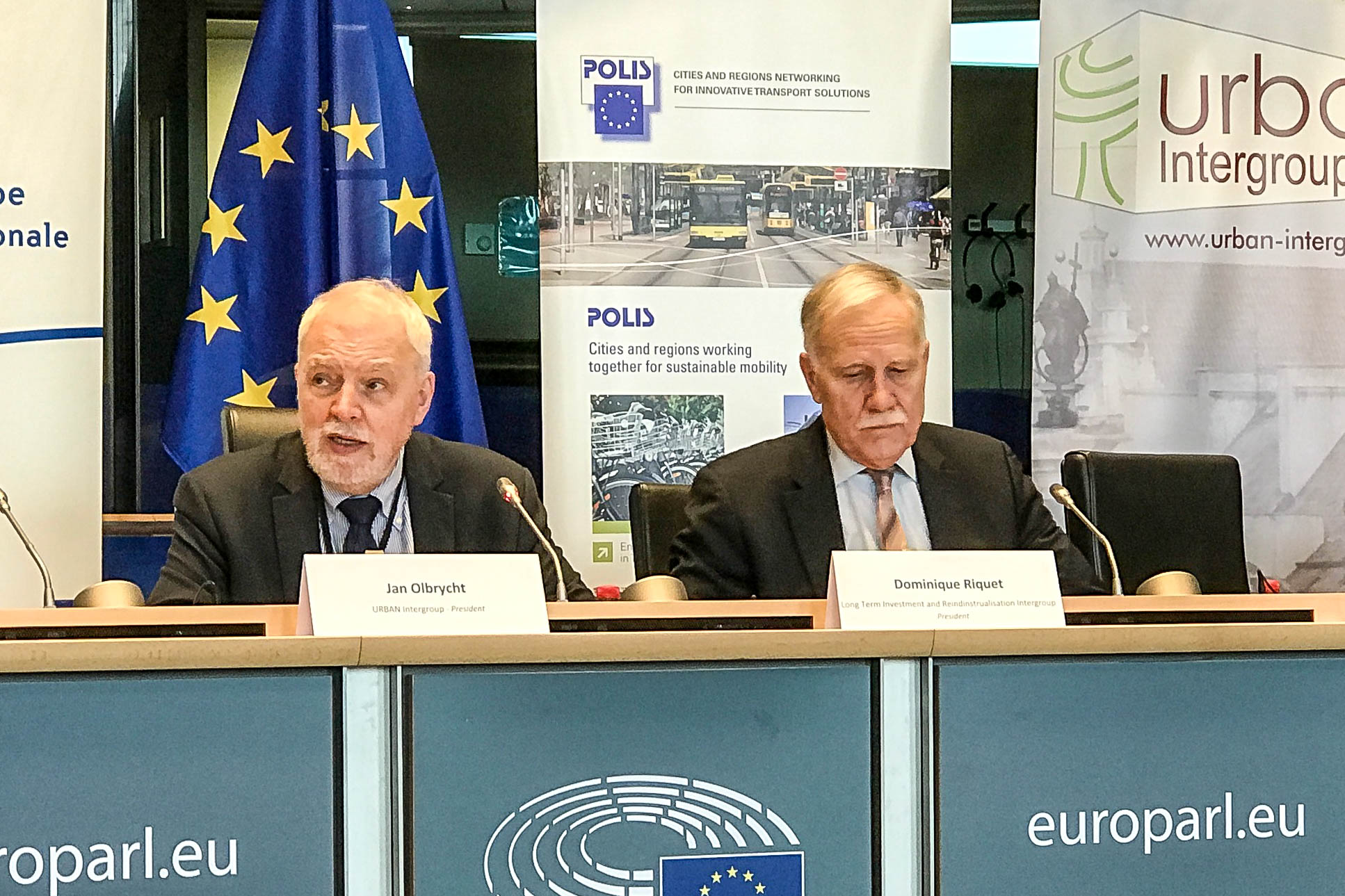 Urban Intergroup and Long-Term Investment and Reindustrialisation Intergroup hosted yestrerday a joint workshop led by Polis and co-organised by CEMR and EUROCITIES on “Long-term investments: barriers and opportunities for regional and local authorities”.

The purpose of the event was to address the challenges that municipalities, cities, regions and the private sectors face when making long-term investments. The Stability and Growth Pact (SGP), the Treaty on Stability, Coordination and Governance (TSCG) and the European Accounting Standards (ESA 2010) have a strong impact on the regional and local public investments in several sectors such as transport, social housing and waste management.

At the opening of the seminar Jan Olbrycht stressed that “When we are discussing long-term investments at local level we discuss the future of Europe!” Moreover, President of the URBAN Intergroup added that “We need a clear answer what we want from the EU. Do we want to have a European Commission as a kind of agency for private investments or a strong actor in the field of public investments in Europe?”

Municipalities, cities and regions together called for more flexibility in budget and financial accounting rules in order to boost local investments delivering long-term benefits. Bearing in mind the upcoming second iteration of the European Fund for Strategic Investments (EFSI), the future negotiations for the Multiannual Financial Framework (MFF) post 2020 as well as the revision of the European Monetary Union within the next two years, long-term investment will be key to continue supporting growth, employment and efficiency across Europe.

Some key solutions have been suggested during the debate. In that perspective, EU organisations of local and regional authorities are committed to the following actions: