Upon the arrival in Zhengzhou, the group took part in a side event of the EU-China Summit: 13th EU-China Regional Policy High-Level Seminar on Regional Innovation and High-quality Development of Regional Economy opened by Ms. Corina Cretu, the EU commissioner for regional and
urban policy. The event was an occasion for representatives of Chinese and European cities to discuss regional innovation and cooperation.  Lambert Van Nistelrooij, vice-president of the URBAN Intergroup, in his opening speech recalled longstanding support of the European Parliament for international urban cooperation. He stressed the importance of regional specialization: “ China has much higher speed in the conversion of knowledge into products and services. The electrification of public busses is  the best example. We are also working on it, however our pace is lower. What can we learn from each other, without prejudice to the differences in our political systems? ” Jan Olbrycht, President of URBAN Intergroup, highlighted during the event that Chinese solutions attract European cities in multiple aspects. “What is happening in China right now is somewhat a unique experiment, which shows the great extent to which megacities can expand and still be able to maintain effective transportation system, healthcare, etc.” – he said. Later, he added: “Regardless of the differences of size between European and Chinese cities, they can still learn from each other in order to promote optimal solutions for urban areas.” 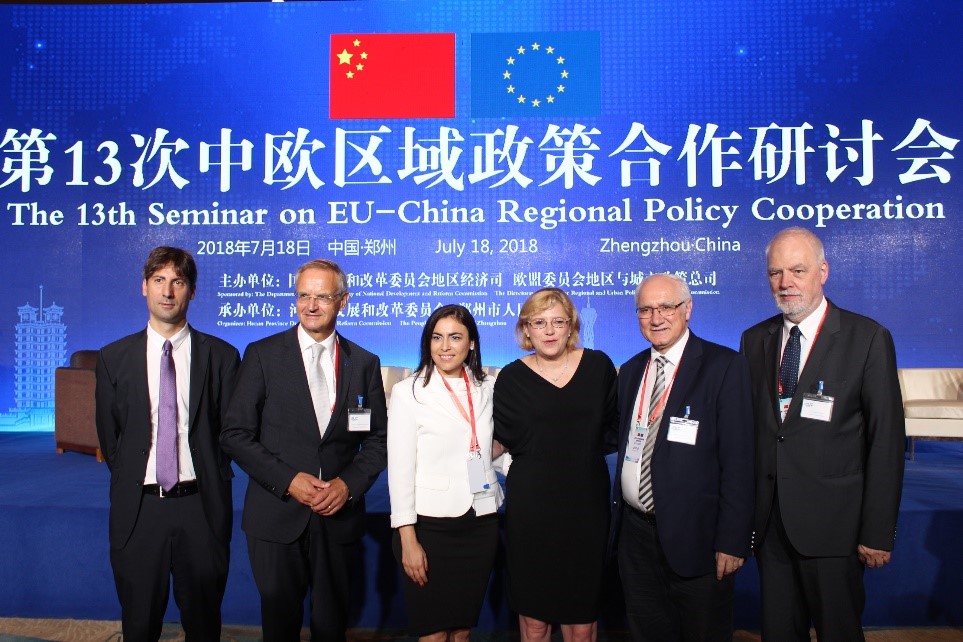 On the final day, the European delegation travelled to Beijing and met with Mr. Hans Dietmar Schweisgut, Ambassador of the European Union to the People’s Republic of China. Afterwards, MEPs discovered Beijing’s most known historical site: the Forbidden City. In his conclusive remarks regarding the visit, MEP Jordi Solé, member of the URBAN Intergroup said: “During our visit, we had the opportunity to gain a first-hand experience about how the smart cities, such as Shenzhen, prosper. There, we could observe the most modern technologies applied in the management of megacities. As a result, such places are centres of huge data, which can be used by others to achieve a more effective sustainable development.” However, Mr. Solé noted that: ”On the other side of the coin, in China there is a level of control that no Western democracy would allow for, neither in the name of security nor the intelligent management of the cities. Therefore, the challenge is to apply technologies for sustainable urban development while respecting privacy and freedom.”