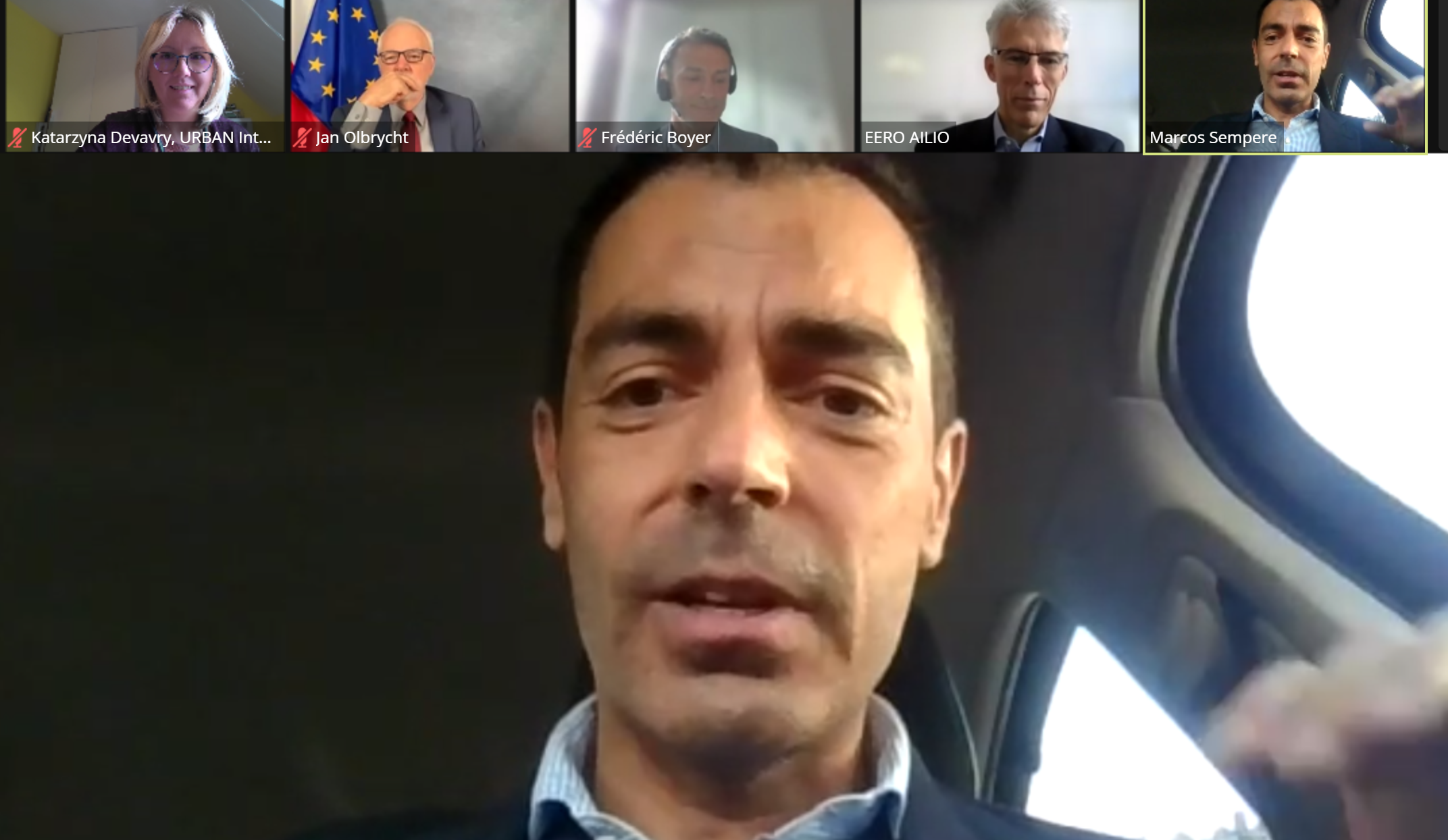 END_OF_DOCUMENT_TOKEN_TO_BE_REPLACED

National Recovery & Resilience Plans – What is at stake for local and regional authorities?

Anna Lisa Boni, Secretary General of EUROCITIES, presented an idea of having a structural dialogue with local and regional authorities and the European Commission especially in the monitoring face of the Recovery and Resilience Instrument. This dialogue would allow to check how investments go in line with EU priorities, partnership and subsidiarity principles. Moreover, in the context of mid-term review of NRR Plans, an idea to establish a city driven pan European project with strong added value was mentioned.

Fréderic Vallier, Secretary General of CEMR, welcomed the idea of having a structured dialogue. He pointed out that national recovery will be efficient if local and regional authorities are involved in the design and the implementation of recovery plans. He presented as well the outcome of a join study made with the Committee of the Regions which shows that consultation process was not organised correctly in all Member States and the involvement of local and regional governments was sufficient.

Eleni Marianou, Secretary General of CPMR, called as well to associate representatives of local and regional authorities to the ongoing structural dialogue between the Commission and the European Parliament. She pointed out that the need of complementarity between different instruments and funds willing to boost investment and recovery. The lack of strategic articulation between the investments to be founded via the RRF and cohesion policy funds 21-27 could jeopardize the capacity for regional authorities to best programme cohesion policy and contribute to investment priorities.

END_OF_DOCUMENT_TOKEN_TO_BE_REPLACED

Online event on the urban dimension of cohesion policy 2021-2027

Jan Olbrycht, President of the URBAN Intergroup, recalled that MEPs were struggling for years to get the urban dimension of different EU policies recognised, as urban issues are cross-sectorial.  He stressed that “urban” is only one of the numerous dimensions of European policies.

The core of the seminar was shaped around the presentation given by a representative of the European Commission on the Urban dimension in the legal framework of cohesion policy for 2021-2027. In the Common Provisions Regulation (CPR), this dimension is mentioned explicitly at the level of 3 specific objectives (protection of nature, biodiversity, and green infrastructure, including in urban areas; urban mobility as well as security in urban areas).

The 5th policy objective, “A Europe closer to citizens”, has been specifically mentioned as it refers to sustainable and integrated development of all types of territories and local initiatives.

END_OF_DOCUMENT_TOKEN_TO_BE_REPLACED 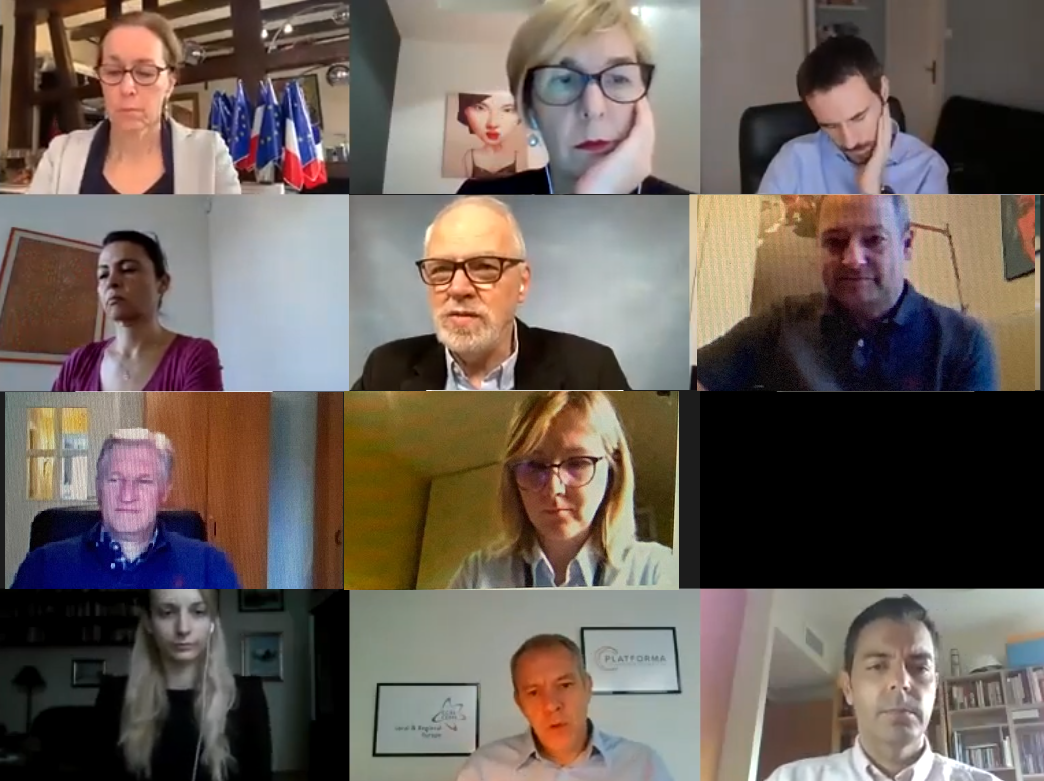 The URBAN Intergroup held an online seminar on the “Multiannual Financial Framework 2021-2027 and Next Generation EU – State of play. What is at stake for local and regional authorities?” on Friday November 27th between 9:00 and 11:00.

Fabienne Keller, Vice-President of the URBAN Intergroup, welcomed all the participants by reminding that the MFF negotiations is a crucial moment because we define the EU budget for the next seven years. Currently it is even more crucial due to the crises that we are facing and an unprecedent Recovery Fund that should help European economies to recover. “Communities and cities in Europe expect a lot from European solidarity. We are aware that for example difficult neighbourhoods in our cities are particularly affected by the health crises. Pre-existed precariousness had exacerbated, such as difficulties in access to employment, housing or education. We must assure that local authorities, cities will benefit from European solidarity through the EU budget and recovery plan!” – she added.

Andreas Schieder, Vice-President of the URBAN Intergroup, in his introductory remarks underlined some elements of the MFF and Recover package. He highlighted the importance of the Recover and Resilience Facility, which aim is to give the answer to social and economic consequences of the COVID crises. He mentioned as well the rule of law mechanism, which is currently the most discussed issue, and the idea on new own resources of the EU budget.

“We all know that urban areas are in a specific situation. Economic and social crises are particularly effecting urban areas and local economies. Therefore, the EU funding is extremely important to support cities in facing all the challenges. Today, cultural industry or truism are strongly effected by lockdown and that is why Recovery and Resilience funding is so needed” he insisted.