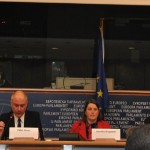 The event hosted by the URBAN Intergroup was jointly organised with the network METREX and in cooperation with EUROCITIES and PURPLE. The conference focused on better territorial cohesion. The participants agreed that good metropolitan governance, integrating the urban and rural areas, may be seen as a prerequisite for territorial cohesion. During the conference, city managers from Amsterdam, Helsinki Region, Lille Métropole, Verband Region Stuttgart, Metropolregion Hamburg and Warsaw presented case studies picturing efficient metropolitan governance. 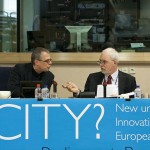 The URBAN Intergroup organised with the European Forum for Architectural Policies a conference to discuss new creative approaches to the architecture in metropolitan areas and the role of the different levels of government in this process. “Sustainable cities won’t happen by accident. If we want to secure a new livable urbanity, the EU must take responsibility” argued Rob Docter, President of EFAP, closing the conference after a fruitful discussion with architects and local dissidents.

Midterm review of the use of structural funds for energy efficiency in existing housing – Brussels, December 9th, 2010 – organised by Karima Delli

The objective of the meeting organised by the URBAN Intergroup on the initiative of Karima Delli was to identify the success factors and the obstacles of the EU funded projects aiming at improving the energy efficiency in housing. The conference provided a first overview of the situation in EU member states and showed that many actors are using effectively the funds available for this purpose from the European Regional Development Fund. 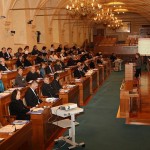 The conference organised in the cooperation with the URBAN Intergroup highlighted the major obstacles and challenges that cities and towns in Europecurrently face. The aim of the meeting was among others to discuss how local problems can be better addressed with the support of national and European financial instruments. The conference was attended by the representatives of the European Parliament, the European Commission, the Czech government, local and regional authorities and also academia and professionals from the urban field. 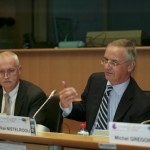 A few weeks after the budget review and at the eve of the presentation by the European Commission of the 5th Cohesion Report launching the debate on the future cohesion policy after 2013, the PURPLE network representatives presented some case studies illustrating the urban-rural relations in Europe. They showed clearly that peri-urban regions provide some vital resources that support Europe’s urban population and enhance the quality of life of city dwellers. The meeting was organised with the support of the URBAN Intergroup.