The URBAN Intergroup organised in partnership with the CEMR, the COSLA and the AMR a seminar at the European Parliament to examine the integrated local development policies in the post-2013 programmes. Over 60 representatives of local and regional authorities participated in the event along with MEPs, European Commission’s officials and representatives of the Polish Presidency. The participants discussed about the new territorial approach presented by the EC in the proposals for cohesion policy regulations 2014-2020. Special attention was devoted to the new instruments such as Community-led local development or Integrated Territorial Investments.

This one day seminar “Energy Roadmap 2050: Towards local and regional Energy Roadmaps” was organised in Brussels by Energy Cities and the URBAN Intergroup. The event focused on the role of local level in the implementation of the European Energy Roadmap 2050 to be published by the European Commission shortly. The participants agreed that the energy roadmaps that include a long-term vision are very important as a guide to improve energy efficiency in cities. The seminar provided also numerous examples of cities aiming at total decarbonisation.

The debate was organised by the Association of Architects – G30 with the support of the URBAN Intergroup and aimed at bringing a useful contribution to the political debate on the reform of EU public procurement rules. The participants highlighted the necessity to fully take into account the need to reinforce the global quality and sustainability of the built environment for the sake of society and future generations. 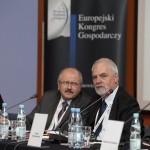 Over 200 mayors, government representatives, developers and urban planners participated in this conference organised annually with the support of the URBAN Intergroup. This year, the participants discussed about current issues related to the city space management such as information infrastructure or economic, demographic and climate changes that influence the development of cities. 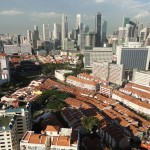 The study visit organised in cooperation with IBM and IDA focused on the model for smarter cities showed on the example of Singapore. The aim was to see successful deployment of digital technologies in various areas of urban life that help making cities attractive places for people and business. The participants visited several projects and met a number of government agencies creating smarter urban systems in Singapore.