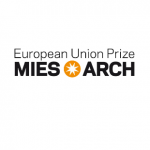 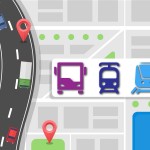 URBAN Intergroup met at the European Parliament in Strasbourg on Thursday January 21st to discuss the topic of urban mobility. Karima Delli, vice-president of the URBAN Intergroup and European Parliament rapporteur of the INI report, presented the key points of the EP resolution on sustainable urban mobility adopted in plenary on the 2nd of December 2015.

At the beginning of the presentation, Ms Delli underlined that there is a social and climate emergency linked with and to be dealt by the transport sector. She presented some of the problems related to transport such as pollution and road accidents. Every year, about 430,000 Europeans die prematurely due to fine particles mainly emitted by diesel engines. Nearly 42,000 deaths are also caused by road accidents every year in Europe, with an estimated cost of €45 billion.

The EP resolution emphasised the importance of the Sustainable Urban Mobility Plans in achieving EU targets regarding the CO2 emissions, air pollution and accident reduction. It calls Member States to promote public transport with the view to increase its use by 2030, to support the development of innovative forms of mobility and to set up ambitious targets for cycling rates by 2030.

Karima Delli pointed out the current problem of the ‘use of revenues’ principle with regard to road charging. She called for a proportion of revenue from the use of road infrastructure (road charging and/or Eurovignette) to be dedicated to improving sustainable urban mobility.

During the discussion, MEPs noticed that the urban mobility was one of the 12 thematic objectives of the EU Urban Agenda. They also stressed that the work of the future partnership should take on board the European Parliament position on sustainable urban mobility. Moreover, participants agreed that one of the first pilot partnerships dedicated to air quality should take on board the issue of transport and mobility. 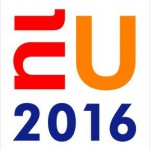 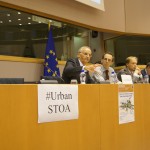