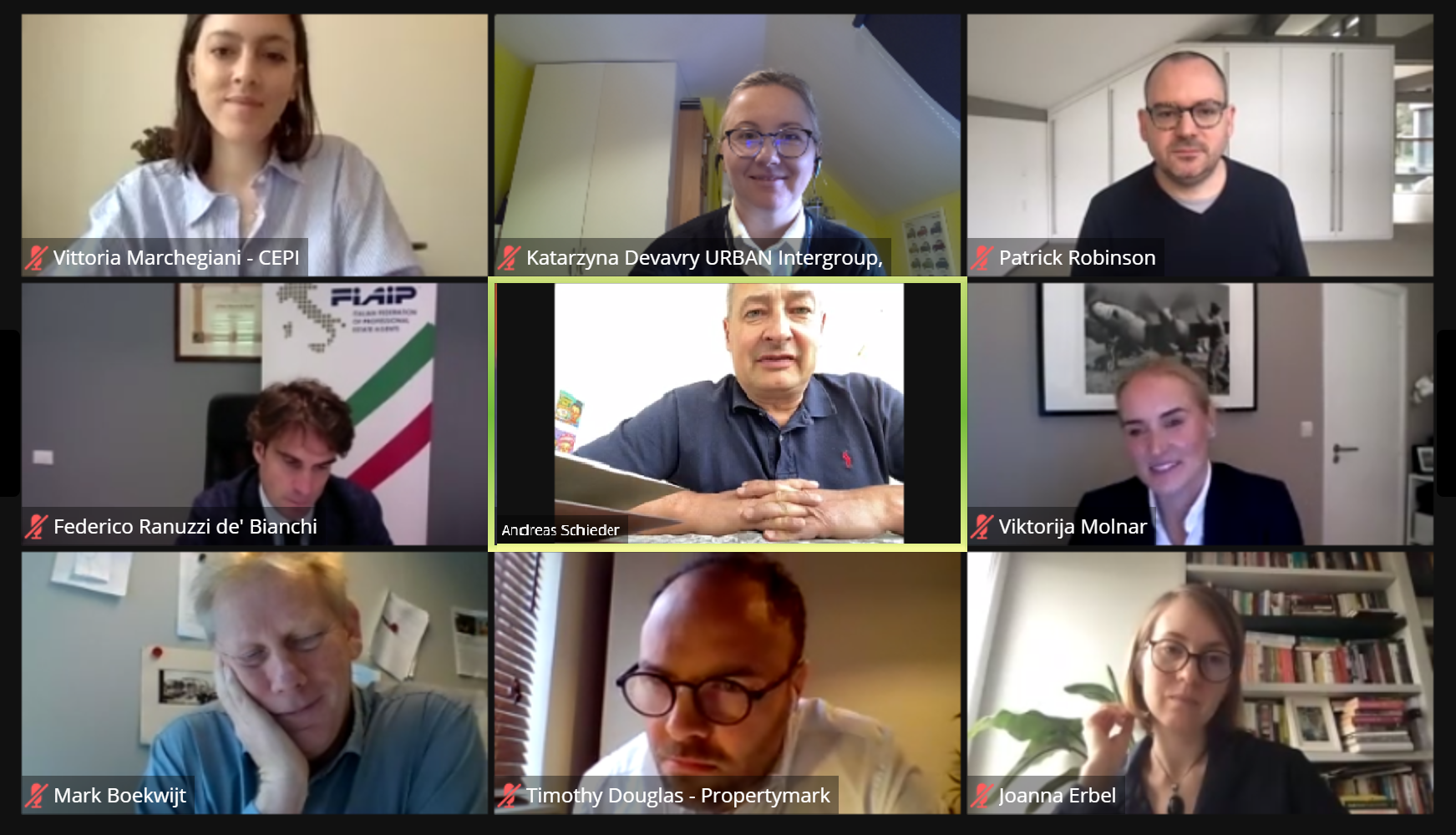 Mark Boekwijt, representing EUROCITIES and cities’ alliance on Short Term Holiday Rentals, recalled that the alliance of European Cities on Short Term Holiday Rentals (STHR) is a group of more than 20 cities and key tourist destinations, which ask for stronger regulations on the STHR market in order to counter its potentially harmful impact on the housing market. He underlined as well that cities are not against short-term rental but need to enable on the one hand high flows of tourists and to the other a constant and high demand for affordable housing for local inhabitants. Moreover, he underlined that it should be ensured that all short-term rental activities are legal and respectful of the regulations that are in place. In this context, the Digital Service Act was mentioned, which among other important things, will help to block illegal advertisements. He finally called for a responsible regulatory balance between short-term rental and liveable and affordable housing in cities.

Professor Pieter-Paul Verhaeghe from the Free University of Brussels (VUB), presented insightful first findings of his study about the impact of Airbnb providers in the Brussels Capital Region, yet to be published. He underlined that every responsible and balanced policy towards short-term rental platforms should not only distinguish between different Member States, regions and cities but also between different types of neighbourhoods. In case of Brussels, data shows that Airbnb listings are concentrated in and around the city centre and the EU institutions, and that similarly to other type of touristic accommodations, they are close to tourist attractions, hotels and restaurants. However, they are less frequent in neighbourhoods with many elderly, children and non-EU migrants. He also pointed out the heterogeneity in hosts: occasional and sharer hosts are more spread-out, while professionals and investors are strongly clustered in city centres and largely overlap with hotels’ locations.

In the second panel discussion, Amaryllis Verhoeven, Head of Unit Digital Transformation of Industry from the European Commission, reminded all about the Commission’s Inception Impact Assessments on Short-term rental initiatives. This initiative aims to develop responsible, fair and trusted growth in short-term rentals, as part of a well-balanced tourist ecosystem. It also aims to ensure a level playing field for all accommodation service providers and to respond to the many requests from interested parties for EU-wide action in this area. This will involve offering balanced solutions for cities, peer and professional short-term rental providers and platforms, while benefiting in particular small and medium-sized firms. She encouraged stakeholders to take part in the public consultation, which will be open until the 13th of December 2021, as well as an interesting series of workshops., the first of which is taking place on October 22.

Patrick Robinson, Director of Public Policy EMEA, Airbnb, welcomed the discussion by underlining that the short-term rental is not a new phenomenon. The increased use of internet has just boosted and allowed easier access to these services for consumers. In response to some comments regarding the presence of Airbnb in highly touristic areas, he noted that recently, travel patterns changed as customers seems to prefer less urban areas and longer stays. He recalled the importance of tourist taxes for municipalities and their economic contribution to local development and clarified that almost the entirety of the economic benefit coming from renting via Airbnb goes to the hosts (property owners). Finally, he mentioned that Airbnb works closely with Eurostat to provide accurate data for further periodic analysis on this subject. Close cooperation with the EU and other stakeholders was welcomed.

The last speaker of the panel, Viktorija Molnar, Advisor of Public Affairs, European Holiday Home Association (EHHA), echoed the previous speaker in underlying the power of internet in the expansion of the short-term rental, which is more visible and easier than before and benefits consumers. After the pandemic, customers shifted from urban areas to calmer destinations and very often, families with children prefer this type of accommodation.  Like the other speakers, she also agreed on the need of closer cooperation between all stakeholders involved.

During the discussion, new cooperative models of tourism were mentioned (like Fairbnb, for example) and their sustainable and responsible impact on local economies.

In conclusion of this lively and very interesting webinar, Andres Schieder, Vice-president of the URBAN Intergroup, summed-up that short term rental platforms need to be regulated in the EU. The contradiction between short-term rentals and cities providing long term affordable and social housing must be taken into consideration by the European Commission. The positive atmosphere and willingness to cooperate closely reaised by all parties was welcomed.