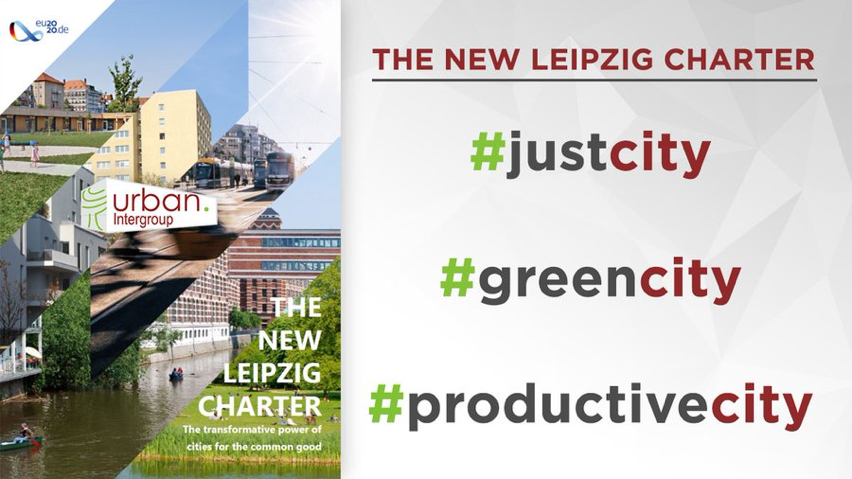 Members and partners of the URBAN Intergroup learned more about the New Leipzig Charter and the Implementation Document during last online seminar organised on Friday 15 January.

Fabienne Keller, Vice-President of the URBAN Intergroup, welcomed all the participants and recalled that the 2007 Leipzig Charter focused on the promotion of integrated and sustainable urban development. The recently published document emphasises “the transformative power of cities.”

Fabienne Keller underlined that many cities in Europe have already been experimenting ambitious environmental policies and that those initiatives must be financially encouraged by European programmes. “It is essential to encourage the sharing of experience and dialogue of the European cities” – she added.

Tilman Buchholz from the German Federal Ministry of the Interior, Building and Community, representing the German EU Council Presidency, started his presentation by recalling that the New Leipzig Charter and the Implementation Document have been adopted during the Informal Ministerial meeting on Urban Development on 30 November 2020. There, Member States showed very high commitment, not only in improving those two official documents, but also in translating them into reality.

Moreover, urban transformation is based on the integration of the social, ecological and economic dimensions of sustainable development. Three basic dimensions of European cities: the just city, the green city and the productive city are combined with digitalisation as cross-cutting issue.

The Charter identified as well some key principles of good urban governance which are: urban policy for the common good, integrated approach, participation and co-creation, multi-level governance as well place-based approach.

During the presentation, it has been underlined that the cities need support from European, national and regional level to be capable to respond to current and future challenges. That is why cities need legal framework conditions in a multi-level governance system, adequate investment capacities (own income, allocations, appropriately skilled, qualified and trained employees and the steerability and shaping of infrastructure, public services/welfare.

The second adopted document Implementing the New Leipzig Charter through multi-level governance. Next steps for the Urban Agenda of the EU provides a shared vision on the further development and implementation of the Urban Agenda for the EU based on the strategic principles of the New Leipzig Charter. The document stresses the need to consolidate, deliver and advance the Urban Agenda for the EU. Moreover, the multi-level and multi-stakeholder cooperation should be maintain and reinforced in order to achieve Urban Agenda’s goals: better regulation, better funding and policy coherence. More focus should be put on developing better knowledge and stronger communication.

Therefore, National Contact Points will be pivotal to support the relevant capitalisation, communication and dissemination activities. Ministers agreed that a dedicated and permanent Secretariat for Urban Matters under the European Urban Initiative should address three areas: Urban Agenda partnerships (support, expertise), governance by Member States and the European Commission (calls, monitoring, capitalisation) and the inter-governmental cooperation on urban matters.

In conclusions, the ministers “invite the European Parliament: a) to take into account, where relevant, the results and recommendations of Thematic Partnerships or other multi-level and multi-stakeholder delivery modes established under the Urban Agenda for the EU, after guidance by the Directors-General for Urban Matters, for a possible discussion in relevant Committees when dealing with new and existing EU legislation; b) to establish a continuous link between the Urban Intergroup and the Urban Agenda for the EU process.”

Jan Olbrycht, President of the URBAN Intergroup, welcomed the New Leipzig Charter and the Implementation Document as very concrete documents, which follow the Pact of Amsterdam. He underlined that the place-based approach in the document is a sign of very concrete approach and not the theoretical one.

During the debate with participants, the discussion focused on the issue of ownership of the Urban Agenda. Member States would rather see their steering role of the process shared with the European Commission. Moreover, some questions have been raised about the National Contact Points and the role of national governments in their establishment. MEPs strongly called to include multilevel governance in the process of establishment in order to involve the NGOs and local and regional authorities in the main decisions.